A spouse cannot file for Contested Divorce citing any reason it thinks is good enough to legally separate from his/her partner. There are specific grounds laid down under the Hindu Marriage Act, and only under these grounds can a Contested Divorce be filed in Court. END_OF_DOCUMENT_TOKEN_TO_BE_REPLACED

“I’m so miserable without you, it’s almost like having you here.” -Unknown

Marriages are hard. Divorces…even harder. Nobody enters a marriage thinking about a divorce in the end. If some are unable to cope with the harsh realities of marriage, the only viable option in front of them is to approach the Court and seek legal separation by way of mutual consent divorce.

The most common question I get asked from those thinking about divorce is:

“What is the exact procedure for mutual consent divorce in India?”

I got so tired of explaining the same thing to so many people, I thought I might as well write a brief articles about it over here. This article explains the procedure in brief for obtaining mutual consent divorce as per Hindu Marriage Act. In the near future, I would also be writing an article about the procedure for obtaining a contested divorce as per Hindu Marriage Act.

So from where does mutual consent divorce begin?

Opting for a mutual consent divorce is a completely voluntary by both the parties.

There may be numerous reasons due to which a couple may decide to part ways and legally split from each other. However, in a mutual consent divorce, the reasons for obtaining divorce are irrelevant, and the important thing is that the decision for divorce has been taken jointly by both the parties with mutual understanding and agreement. END_OF_DOCUMENT_TOKEN_TO_BE_REPLACED

The expression “cruelty” has not been defined, however Section 13(1)(ia) of the Hindu Marriage Act 1955, provides:

13 Divorce —
(1) Any marriage solemnised, whether before or after the commencement of this Act, may, on a petition presented by either the husband or the wife, be dissolved by a decree of divorce on the ground that the other party;
(ia) has, after the solemnisation of the marriage, treated the petitioner with cruelty;

Cruelty can be physical or mental

Cruelty, which is a ground for dissolution of marriage, may be defined as willful and unjustifiable conduct of such character as to cause danger to life, limb or health, bodily or mental, or as to give rise to a reasonable apprehension of such a danger. The question of mental cruelty has to be considered in the light of the norms of marital ties of the particular society to which the parties belong, their social values, status, and environment in which they live.

If from the conduct of the spouse, an inference can be legitimately drawn that the treatment of the spouse is such that it causes an apprehension in the mind of the other spouse, about his or her mental welfare, then this conduct amounts to cruelty. Cruelty may be physical or corporeal or may be mental. In physical cruelty, there can be tangible and direct evidence, but in the case of mental cruelty, there may not at the same time be direct evidence. In cases where there is no direct evidence, Courts are required to probe into the mental process and mental effects of incidents that are brought out in evidence. It is in this view that one has to consider the evidence in matrimonial disputes.

Cruelty may be mental or physical, intentional or unintentional. If it is physical, the Court will have no problem in determining it. It is a question of fact and degree. If it is mental, the problem presents difficulties. First, the inquiry must begin as to the nature of cruel treatment, second the impact of such treatment in the mind of the spouse, whether it caused reasonable apprehension that it would be harmful or injurious to live with the other.

Ultimately, it is a matter of inference to be drawn by taking into account the nature of the conduct and its effect on the complaining spouse. However, there may be a case where the conduct complained of itself is bad enough and per se unlawful or illegal. Then the impact or injurious effect on the other spouse need not be inquired into or considered. In such cases, the cruelty will be established if the conduct itself is proved or admitted. END_OF_DOCUMENT_TOKEN_TO_BE_REPLACED

In a survey conducted by Ashley Madison, a global dating website, it was revealed that 76% of Indian women and 61% of Indian men don’t think that infidelity is a sin or immoral. People may not find infidelity a sin or immoral, but I would like to remind you that adultery is illegal as per Section 497 of the Indian Penal Code, 1860 which reads as under:

Whoever has sexual intercourse with a person who is and whom he knows or has reason to believe to be the wife of another man, without the consent or connivance of that man, such sexual intercourse not amounting to the offence of rape, is guilty of the offence of adultery, and shall be punished with imprisonment of either description for a term which may extend to five years, or with fine, or with both. In such case the wife shall not be punishable as an abettor.

Adultery is also one of the valid grounds for divorce in India under Section 13(1)(i) of the Hindu Marriage Act, 1955 which reads as under:

13 Divorce —
(1) Any marriage solemnised, whether before or after the commencement of this Act, may, on a petition presented by either the husband or the wife, be dissolved by a decree of divorce on the ground that the other party;
(i) has, after the solemnisation of the marriage, had voluntary sexual intercourse with any person other than his or her spouse;

With the legal provisions out of the way, allow me to explain as to how exactly the concept of adultery is understood as a ground for obtaining divorce before Indian Courts. END_OF_DOCUMENT_TOKEN_TO_BE_REPLACED 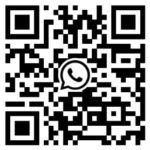